9 motives to cycle in Spain

Many cyclists from northern and central Europe come to Spain every year to practice cycling. The majority of them enjoy cycling in the country and have highly rated their cycling experiences.

What are the nine reasons for cycling in Spain?

Due to its orography and geographical location, Spain has a varied and sometimes extreme climate. But seeing as the Mediterranean is the most popular area chosen by most, we will be focusing our exhibition on this region.

The Spanish Mediterranean climate encompasses the areas located between Cabo de Creus and Alicante, between Malaga and Huelva and the three Balearic Islands. With an average temperature that varies between 13ºC in February and 26ºC in August, it’s mild winters and hot summers make it ideal for cycling.

During winter, spring and part of autumn, cyclists can enjoy cycling at ideal temperatures whist being bathed by the sun.  During the summer months when the heat is at its hottest, seniors can practice cycling on Pyrenees routes or on mountainous coastline routes where the temperature are lower, and the cyclist can enjoy stress-less routes.

300 days of sunshine (5 times more than the 60-day average for many European countries) will recharge your energy levels and show the best of you on your return.

2.- State of the roads and respect from motorists

In general, the state of the roads in Spain are very good, especially the small county roads that inter connect small urban centres and where additionally the roads are well tarred, signalisation is good and has light traffic.

The Spanish motorist generally respects cyclists. In the last twenty years, this respect has seen an increase, this awareness is possibly due to an increase in the number of cyclists and institutional campaigns by the traffic authorities. And, surely, because many of them are also cyclists!

Thanks to our great tradition in cycling and due to our experience in tourism, a new sector of receptive companies specialised in organising cycling tours has emerged. Many of these companies are found in Catalonia due to its special physical conditions which range from circuits along the coast up to the highest peaks of the Pyrenees, passing through inland areas of lush forest. If you are interested in touring Girona, the Costa Brava, the Pyrenees or inland Catalonia, Catalunya Bike Tours can help you plan your trip. 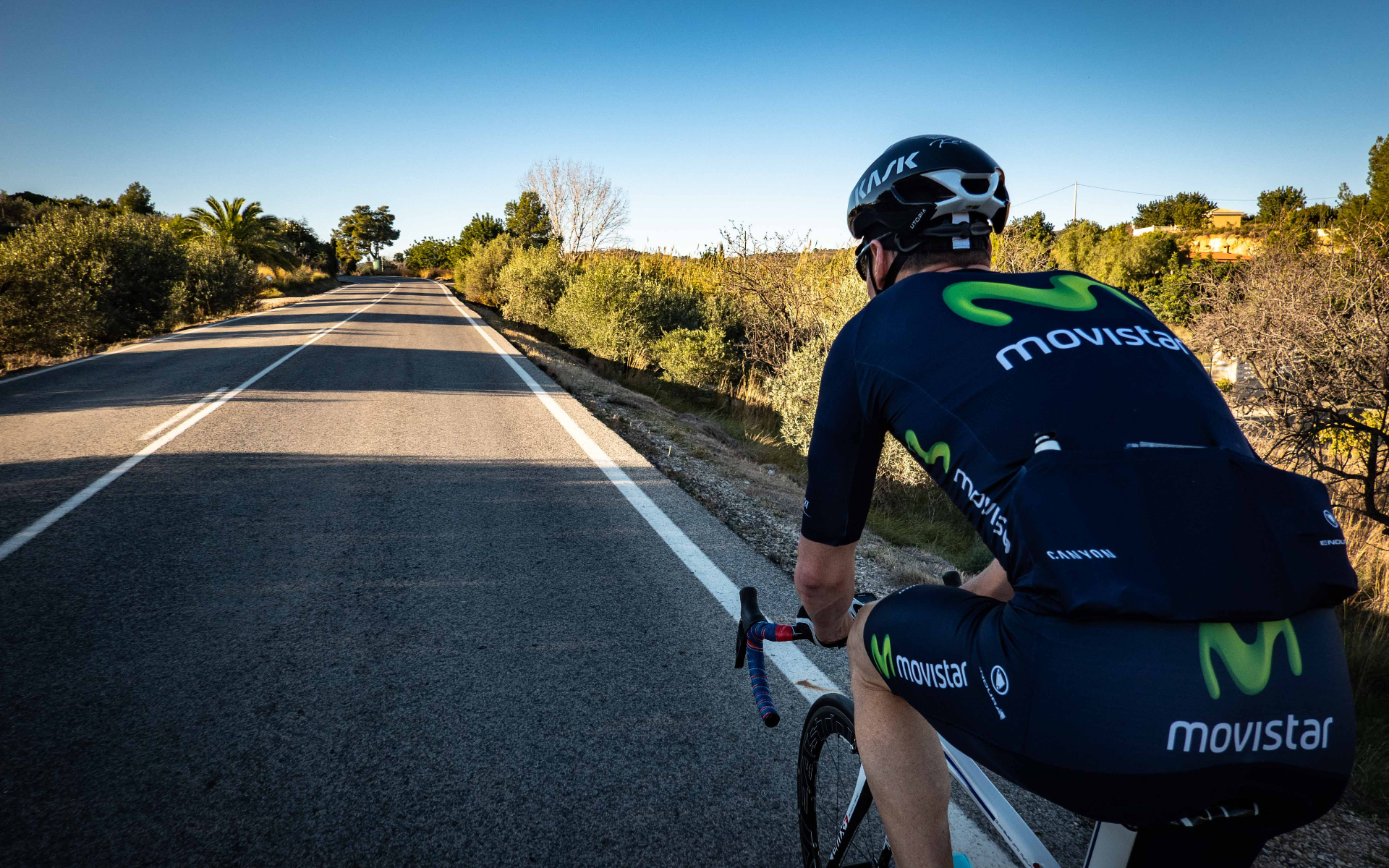 The fourth advantage has to do with the orographic variety of the Spanish cycling routes, which offers routes with different levels of difficulty. Throughout the Spanish Mediterranean you can find easy riding areas and mountainous areas that will allow you to adapt your route according to your physical shape and the kind of challenge you wish to face.

Another reason, which is no less important, is the availability of good hotels at affordable prices. Spanish hotels have a high-quality standard and the staff a vocation for service.

Many of them have earned a quality stamp granted by specialized companies or by the tourist authorities certifying them as ‘bike friendly’ establishments. So as to ensure the best experience, these establishments are fully adapted to the logistical, gastronomic and comfort needs of cyclists.

6.- Meet people from all over Europe

On route, you will meet other cyclists and possibly bump into them at the hotel and dine together or have a drink after dinner, comment on the days route or even talk about the next day’s trip and form a strong friendship that could last even after your return home.

Spaniards are open people and it’s easy to relate with them and before you know it you will feel contaminated by their spirit.

7.- A different way to discover Spain

Pedalling through Spain’s villages and cities will allow you to get to know it in a different way. No boring tourist tours, no lazing at the pool all day long. Spontaneously stopping at any tavern and trying authentic tapas, accompanied by local wines, is a plus on the routes.

The Spanish culinary tradition is well known, its great variety of products and varied cultures is reflected in its cuisine. For this reason alone, it is already worth cycling through Spain.

Throughout different stages of your tour, you will come across numerous and varied restaurants, from 3 star Michelin guide restaurants owned by renowned chefs to small family owned restaurants where the mother of the family will cook for you as she would for her children.

This tradition linked to its climatology and orography has made the best UCI World Tour teams such as Deceunick Quick Step, INEOS, Education First, Cannondale, Lotto NL-Jumbo, Bora Hans-Grohe or Ag2r choose Spain for their winter concentrations, some have established their European headquarters on the territory, highlighting Gerona as the centre point by excellence.

All this has helped increase national interest, respect for the cyclist and demands to the local authorities to increase in infrastructural investments and develop more security for the cyclist.