Cycling routes in Barcelona and its Province

La Plana de Vic, located in the center of Catalonia, is a big hollow surrounded by mountains on all four sides: Collsacabra mountain range, which separates it from the neighboring Garrotxa’s Volcanic Zone, to the north; Montseny mountain range and its Protected Natural Park to the south; the Moianés plateau to the west and the Les Guilleries mountain range to the east.

Vic is the demographic, administrative and services center of the region and a city which holds a long story. Founded by the Ausetans tribe, it was later conquered by Romans and Arabs who left their mark in the streets and buildings of its beautiful old town. Among them, the Roman Temple built in the 2nd century is noteworthy; the city walls built during Middle Ages; the cathedral, which is composed by Romanesque, Gothic, Baroque and Neoclassical buildong elements; and the famous Market Square, where one of the most traditional agri-food markets in Catalonia is still held today.

Among the cultural wealth of the city you can find found the Vic’s Episcopal Museum which has one of the best exhibitions of Romanesque and Gothic art of Europe, and the Museum of Leather art, an important industry that developed in the city until the end of 20th century.

It also takes an important place the fairs and markets held regularly  in the city as the Market Live Music, the Medieval Market or the agricultural and rancher market, which brings together tens of thousands visitors who will also become  tourist capital of inner Catalonia.

In the last years of his career, Gaudí spent a few weeks off in the city of Vic during which designed, on behalf of it, some incredible street lamps in memory of the philosopher Jaime Balmes, born in Vic , which are placed in the square of the Market.

Today the region’s economy is based mainly on the agri-food industry, being one of the regions of Spain with the largest number of sausage manufacturing companies. 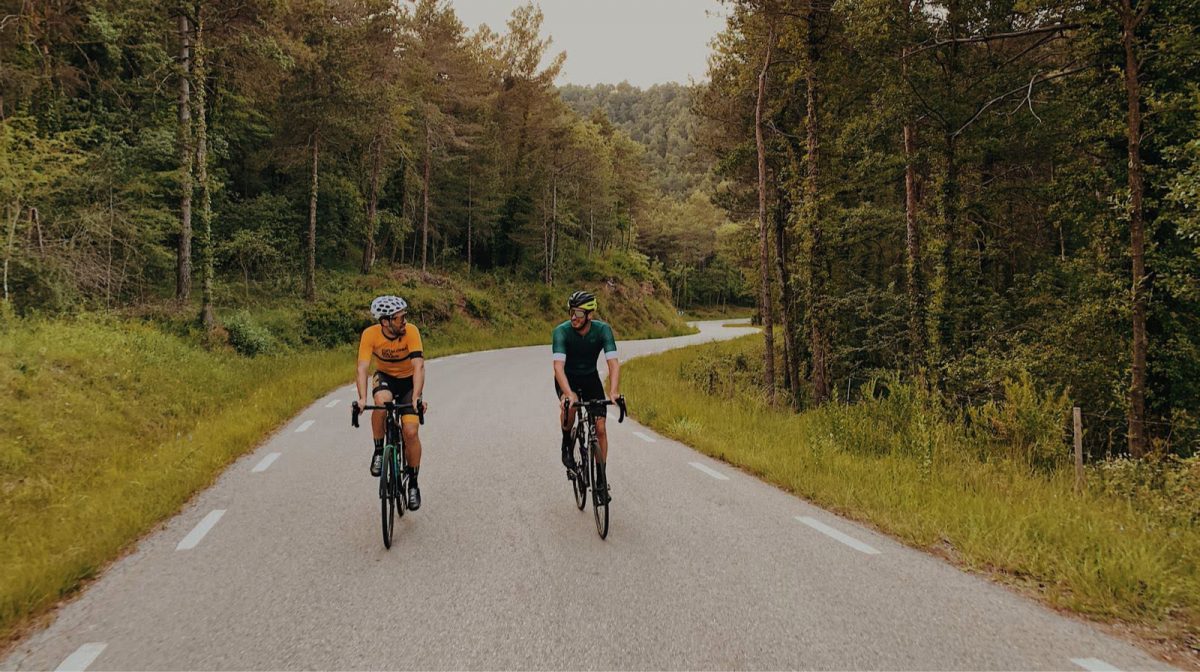 Created to preserve meat for months, sausages stand out in the Catalonian gastronomy. The Vic plain is, due to its climatic characteristics, a place where the drying of sausages is especially suitable; hence its fame and the existence of a protected designation of origin for its star product, Vic’s longaniza, which you cannot fail to try if you plan to visit the area.

The multiple attractions of the region, both for its history and for its landscapes and gastronomy, make it a very attractive destination if you wish to take a one day trip to know better the province of Barcelona.

Catalonia Bike tours offers you a guided tour on e-bike suitable for all the whole family, in which you will go over the landscapes of the typical rural areas and taste the best sausages with typical bread with tomato.

If you are up to geotourism,  this route will enchant you. The Central Catalonia Geopark groups thirty Catalan municipalities in which geological and mining and two natural parks (Delta del Montserrat and Sant Llorenç) are located.

This land has been a depository of sediments carried by different rivers and by the sea, in which it was sumerged. With the rising of the Pyrenees, the sea receded, exposing corals and deposits of gypsum and salts. Afterwards the folds, faults and erosion have left the landscape just as we know it now.

In Manresa you will find the Valentí Masachs Geology Museum. Opened  in 1980 from the private collection of the geologist from whom it takes its name, at this moment it has a catalogue of 5.000 minerals, 23.000 rocks and 3,000 fossils.

The extraction of various salts was frequent in the zone: halite in Cardona, sylvinite in Sallent, Suria, Balsareny and Cardona. Also of that of various ornamental rocks were frequently extracted in Castellbell and Sant Viçenc de Castellet.

These caves are formed by calcareous rocks whose origin is an ancient coral reef  38 million years old. An underground river runs through them wearing them down and producing original forms by erosion.. They were occupied since the Neolithic to the bronze Age.

Here you can find some rocks aged 37 million years, after the retreat from the sea, caused by emergence of the Pyrenees. The result of these geological movements, potash deposits were left , its exploitation make the municipality in the mining center of Catalonia.

One-day cycling route through the markets of Barcelona

If you want to spend a day visiting areas near the city, in the rural markets of the regions that make up the province of Barcelona, we can find all those products that make catalan cuisine a treat for the senses: Cavas and catalan wines, sausages from Osona, mushrooms and truffles from the Pyrenees, fruits from Maresme and vegetables from Baix Llobregat.

Daily market, monday to friday. Here you can meet unique or hard to find in other markets specialties.

Tuesdays and saturdays. Live animals, fresh vegetables and handicrafts  are the base of this market which is not at all touristic, where locals who do their weekly shopping prevail.

Saturdays. Since 1226 sellers and buyers meet in this market. More than a hundred stalls of interest offer you fruits and vegetables, crafting, bakery, clothes and shoes. Those who visit Calaf Market highlight the fruit and fresh vegetables odor.