The best cycling routes in Europe

Cycling in Europe is easy. The continent is prepared to attend large amounts of tourists visiting its landscapes by practicing road cycling, cycling tours or mountain biking every year. Many travel through its extensive geography enjoying its scenery and local customs.

Europe is a vast and varied continent. Its political geography is made up of more than 29 countries, today the majority of them are integrated in the European Union and many have diverse languages and traditions. The European Union has largely homogenized its laws, although as in the USA, you may find different local regulations which are generally common sense principles.

It is necessary to have a medical insurance that covers you during your stay. Western European counties healthcare is excellent, but it is not free for non-EU citizens. Catalonia Bike Tours includes a medical insurance in case of accidents for all their tours, regardless of the client’s country of origin.

Which are the best cycling routes in Europe?

There are numerous routes of different length and hardness that cross the continent, so there is an extensive list from which to choose from, each according to your physical shape and the duration of your desired stay.

We have chosen six, each according to hardness, landscape and orography.

Catalonia is an ideal destination for cycling. Its climate allows and encourages cycling throughout the whole year, and its Mediterranean coast, just 100 kilometres away from the imposing mountain range known as ‘The Pyrenees’, makes the destination more than interesting for those who want to quietly cycle whilst enjoying sea views  or for those who prefer the toughness and the challenge of the most legendary mountain passes of “La Vuelta a España”.

Catalonia not only offers exceptional cycling routes, but its history combined with its rich and diverse gastronomy has earned it countless international recognitions thanks to renowned chefs like Ferran Adrià or the Roca brothers and is reflected in every town and village you visit.

For all these reasons, it has become a training destination and operational base for a multitude of professional cyclists and UCI WorldTour teams such as Education First, who have made Girona tthe cycling capital of Southern Europe and its streets a must-see for any cycling lover.

Andorra is the self-proclaimed country of the Pyrenees. Located between France and Spain, it is a small mountainous country made up by some of the largest peaks in the Pyrenees. It is precisely its location that has attracted some of the best international climbers such as Purito Rodríguez or Robert Gesink who have settled there to train and compete in events such as La Vuelta a España or the Tour de France.

Andorra combines its numerous and extraordinary mountain passes with a well-developed hotel infrastructure specialized in relaxation as well as a wide range of leisure activities mainly based on skiing and shopping.

If you want to discover some routes, we recommend that you review some of our cycling proposals in Andorra.

Famous for being a country with an extraordinary culture and tradition for cycling and for organizing some of the world’s most famous and tough cycling competitions including the Tour of Flanders (Ronde Van Vlaanderen). Considered to be one of the five monuments of cycling, the centennial competition that takes place between the cobbled roads of the Flanders, gathers 750,000 people who paralyze the country so as to live the experience every year.

The Flanders region is a fantastic cycling destination with long plains combined with short but hard ascents known as “walls” and has a beautiful rural landscape that will delight any cyclist. Also remarkable is its culture for beer which is masterfully combined with cycling in that there are many bars to be found along the road.

Here you can find some cycling routes facilitated by the Flanders regional tourist office. 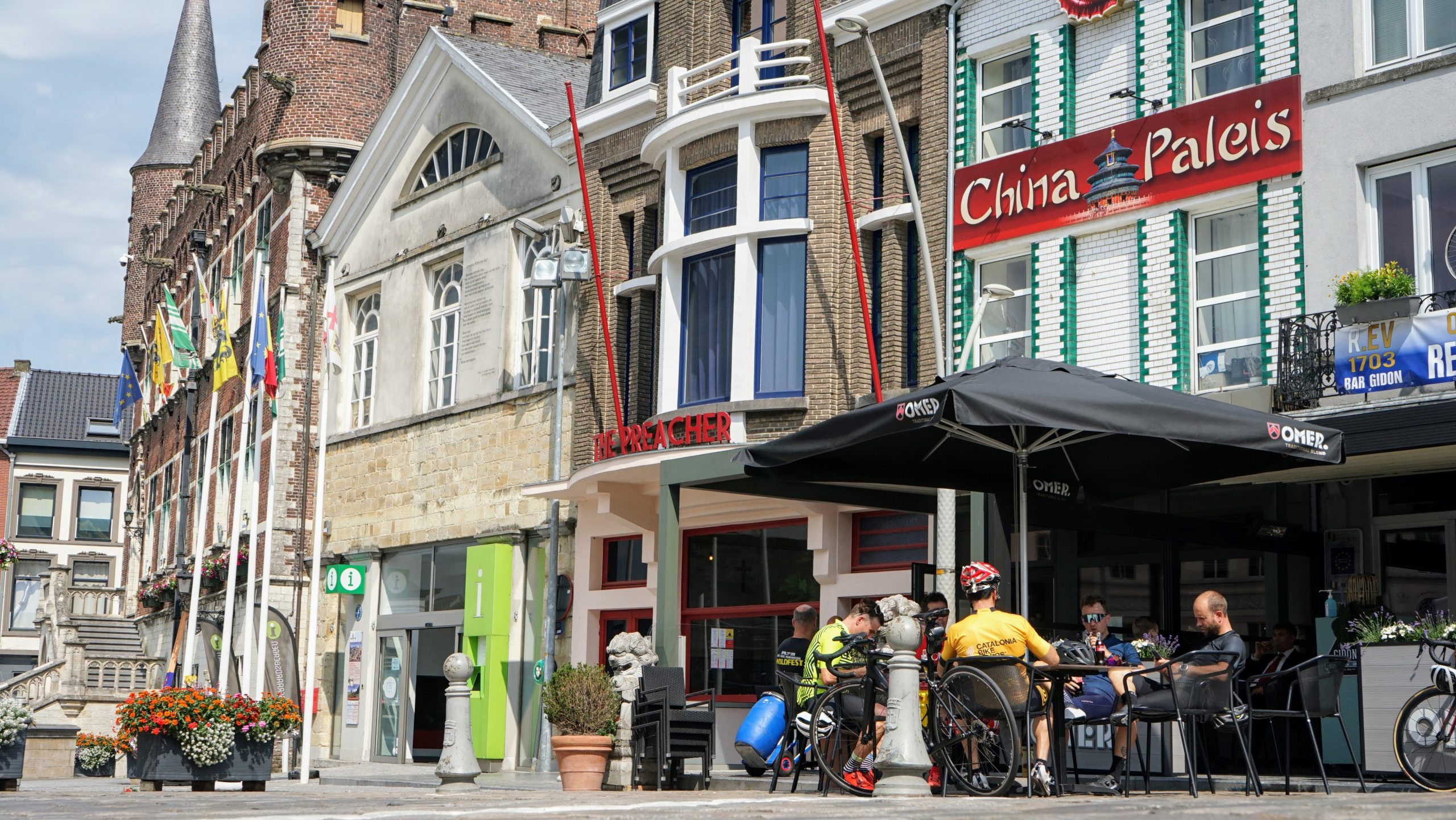 The mountain chain par excellence of the Tour de France is a destination suitable only for the toughest cyclists. With peaks that exceed 2,500 meters in height, it is a region that lives from skiing in winter and adventure sports and cycling in summer.

In the region you can enjoy a multitude of mythical mountain passes such as the famous and feared Alpe d’Huez, crowned at 1850 meters above sea level after an ascent along 21 horseshoe curves and during which you will find numerous cyclists looking to outdo themselves on this hard ride.

The Dolomites, a mountainous range that is a continuation of the Alps, spans through five provinces and three regions of northern Italy and where up to four different languages ​​are spoken given their proximity to Austria, Switzerland and Slovenia. 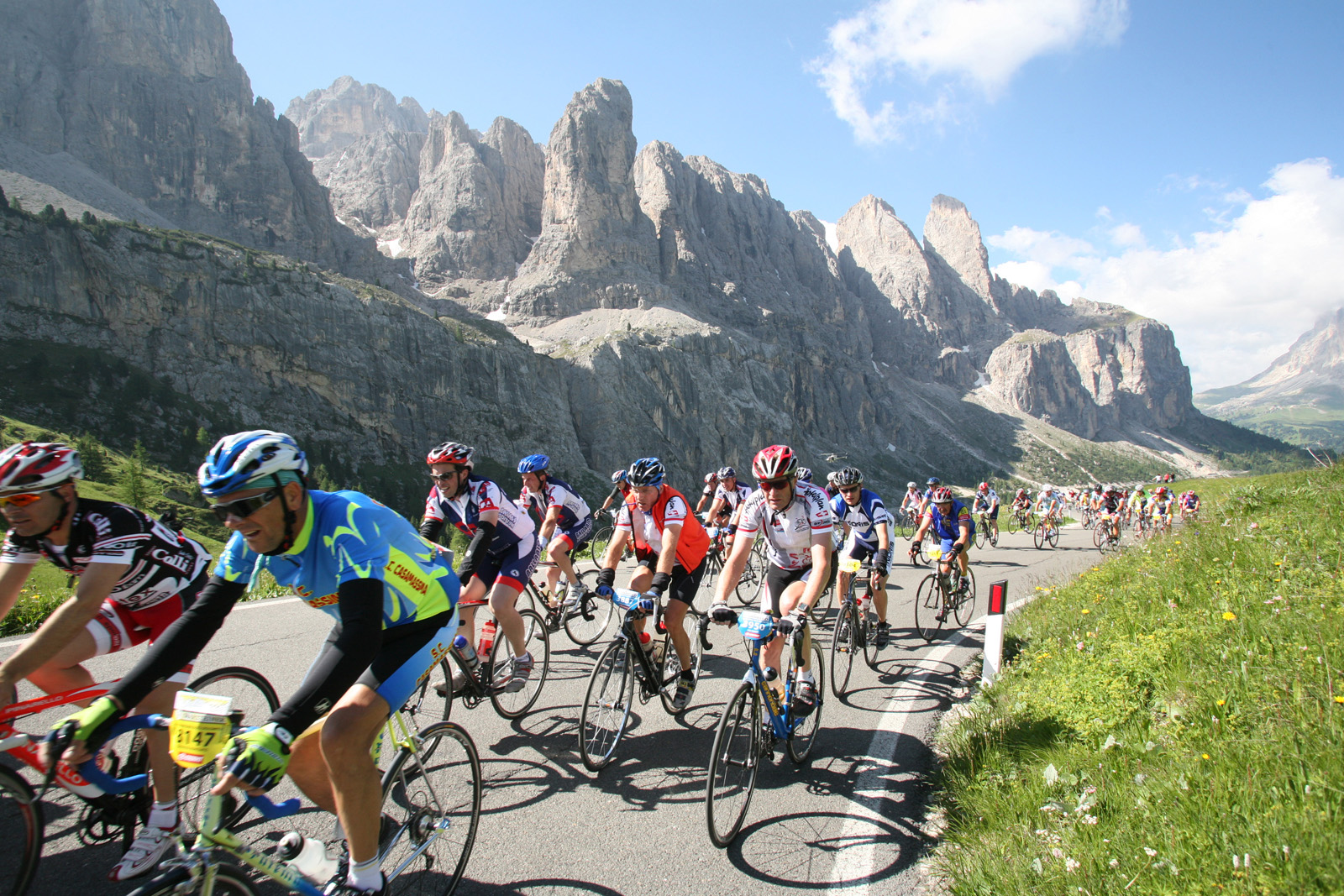 Its most famous ascent is the Passo dello Stelvio and is one of the most legendary in Europe, crowned at 2,757 meters. It is the second highest mountain pass in the Alps, second only to Col de l’Iseran, and is closed from November to May due to the presence of snow. Often present in the Giro d’Italia, it is made up of 80 numbered hairpin curves each dedicated to a stage winner.

Europe is, without a doubt, one of the best cycling destinations in the world where you can experience the excitement felt by following the routes of the Tour de France, the Giro d’Italia or one of the many spring classics that take place on its roads and where the greatest cyclists in history have left their mark.